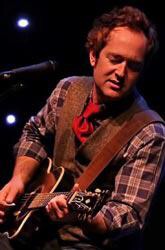 Every successful musician has a history and usually that history is made up of important people who have helped inspire, shape and teach techniques that natural talents will eventually shape and mold into their own unique musical voice.

When Emerson was about 10 years old he had such a teacher. I don’t know exactly the history of how they discovered him, but my parents found a young man in Steubenville, Ohio who was giving guitar instructions. That is when Pandel Collaros came into our lives.

I personally have never met Pandel and I don’t know what kind of student Emerson was, or just how long he took lessons, but this young man, Pandel, gave him a start by teaching him the basics of playing a guitar.

It was wasn’t until I started the Emerson Hart and Tonic News Facebook page that I began thinking about all of the people who were responsible for helping Emerson along the way. That included Pandel. Curious as to what happened to this young man, I searched the Internet and finally found him thirty-five years after those first guitar lessons. And I was not surprised that Pandel has done very well for himself, too. He has not abandoned his love for teaching, nor his music.

Pandel is now a musician and Assistant Professor of music at Bethany College in West Virginia. He teaches music theory, aural skills, audio recording, and popular style guitar music, both acoustic and electric. He is also the founder and director of the Bethany College Rock Ensemble and performs frequently in a variety of area venues.

Pandel is a member of the Emerson Hart and Tonic News page. I hope to eventually meet the man who gave my son his first guitar lessons. On this Throwback Thursday I want to thank him for sharing his love of music and great teaching skills, not only to young musicians as Emerson, but to the many students at Bethany College who he has inspired by his love of music and to let him know it’s good to play it forward. As a musician one doesn’t have to be a platinum awarded artist for your life to have meaning. His life has mattered.   His life has mattered. 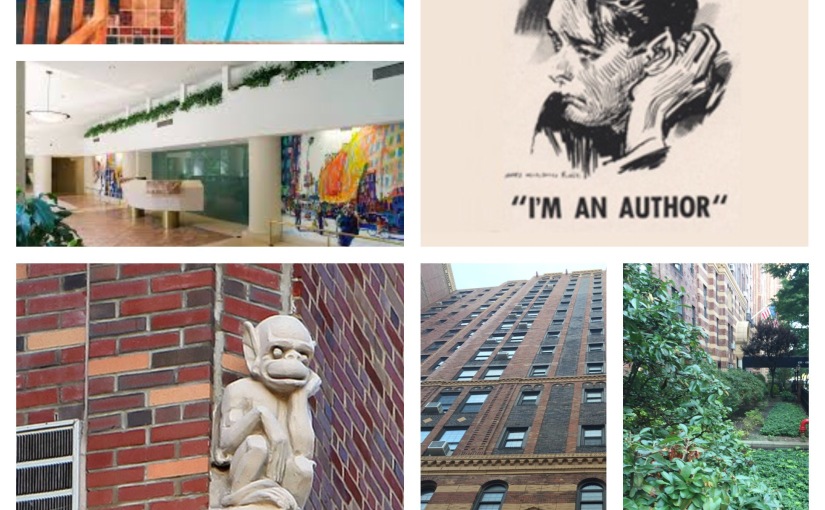 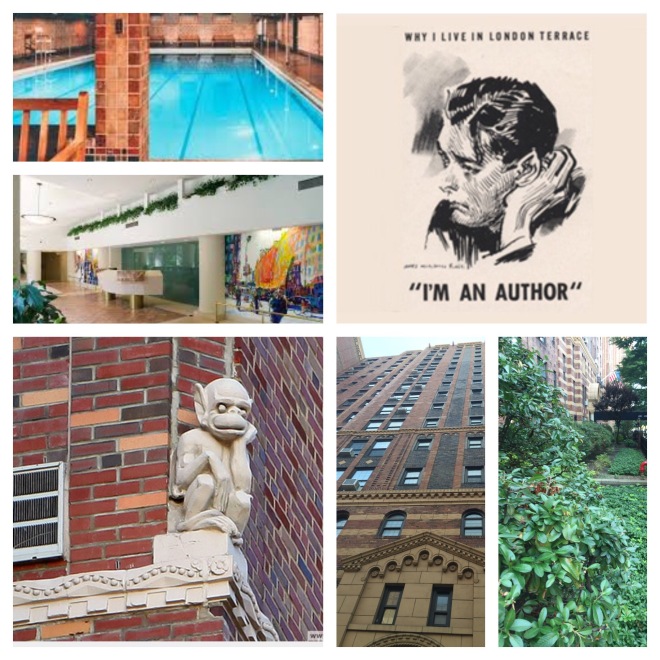 I was born with an extra chamber in my heart. OK. That’s not exactly the truth. I just have love for three places where I can hang my hat and call home. Period.

Some of us are happy wanders with a pack on our backs and home is our wanderlust. Some of us are gypsies at heart who pick up and can only live for a short time in one particular place. Then there are those like me and maybe you. We are nesters. I am a nester.

When I am living on the water it’s the sea inside of me that makes my heart beat. When I am living in the tropical sun it’s the white sandy beaches and swaying palms that warms my heart. Then there is Chelsea. Chelsea makes my creative heart crave to do just that. Every time I’m in Chelsea I long to be back in the theater and back into acting.

Many mornings in Chelsea I awakened at 4 o’clock to be on the set by six. Night after night, I have taken cab rides home at 1 o’clock in the morning from the theater district, both exhilarated and tired to the bone. The indoor sets for Law and Order were just three blocks away at the Chelsea Piers and many streets shoots were right here in our Chelsea neighborhood where producer, Dick Wolfe lived. It was a good time in my life. It’s not a big revelation nor secret to anyone that it always is better when you’re doing what you love. 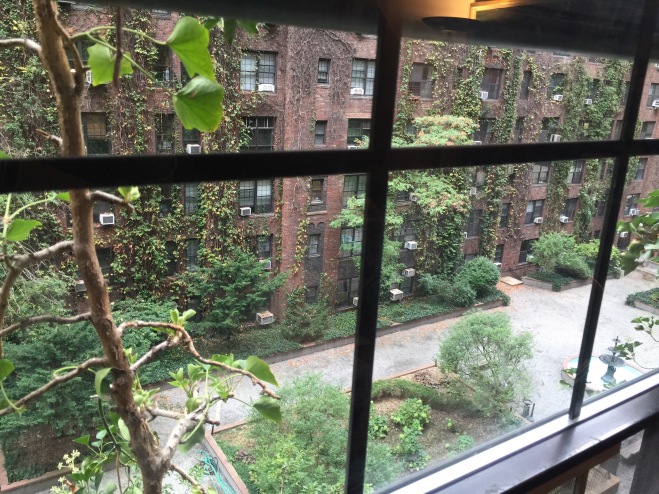 I have often had script reads here in our Chelsea apartment with fellow actors. Back in 1999, I wrote my memoir, BEHIND THE MAGIC MIRROR, on a word processor. I did it right here, warmed by the light streaming through our ivy covered windows overlooking the gardens of London Terrace.  All the while unknowingly inspired by the ghosts of numerous Chelsea authors. 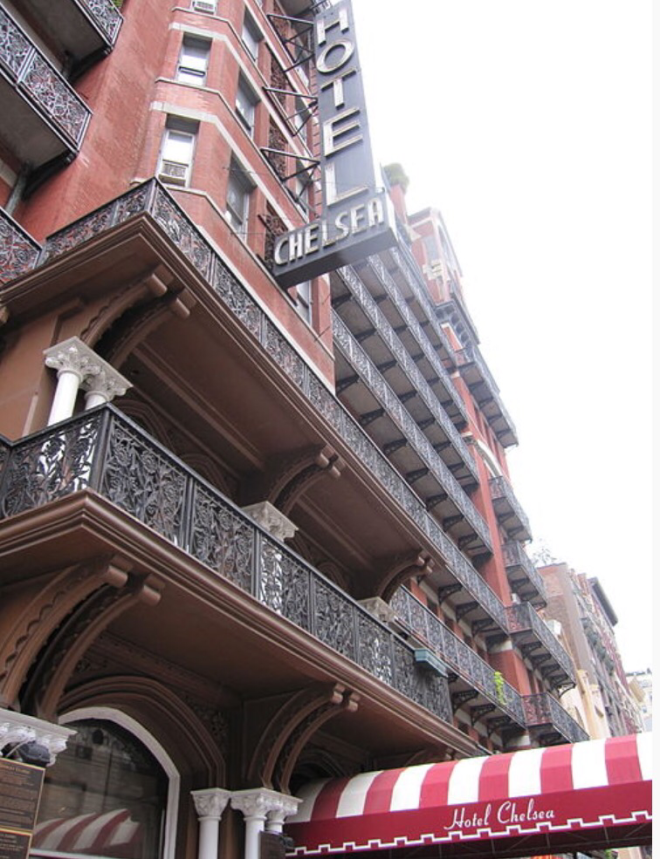 The Chelsea Hotel is just a block away going east from here. One must take a deep breath before diving into this list of Chelsea Hotel writers: Mark Twain, Arthur C. Clarke, William S. Burroughs, Leonard Cohen, Jack Kerouac, Tennessee Williams, Gore Vidal, Jean-Paul Sartre, Thomas Wolfe, Arthur Miller, Edgar Lee Masters, Brendan Behan and so many others, not to mention all of the musicians who have lived and died there.

I think most of us are a little schizophrenic in our likes and wants. Sometimes to survive economically we have to have a 9-to-5 existence that is not exactly us and we have dreams of another life we would like to live. Take it from this over-fifty woman,  “Don’t let those dreams die.” There are hours in your life away from the mundane where you can pursue your dreams if you just do it. It is up to you to make it happen.

Martin Luther said, “I have a dream.” He was not alone. Of course as individuals we each have our own dreams. Both you and I may have different dreams. Right now I’ve added a return to acting to my bucket list for next summer, but while we are still here we should each work hard to see our bucket lists fulfilled. Let your dreams awaken. Don’t let them die with life-long regrets. It is never to late.
Copyright Sandra Hart©. All Rights Reserved. 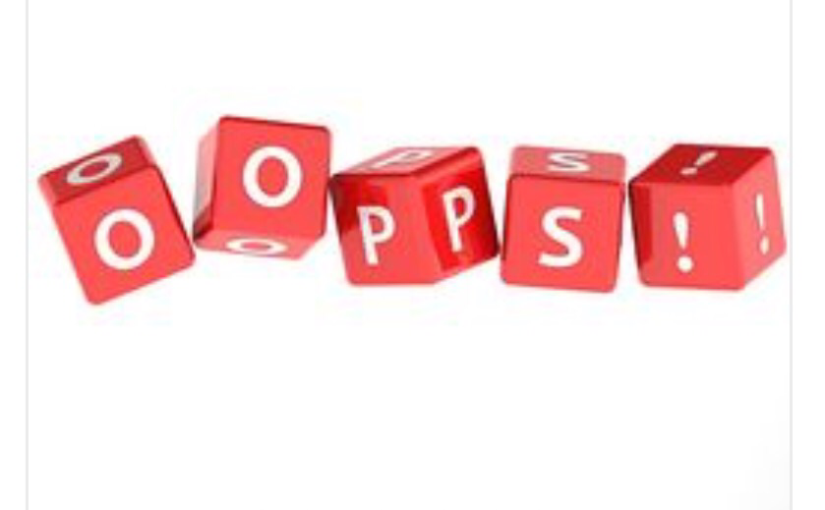 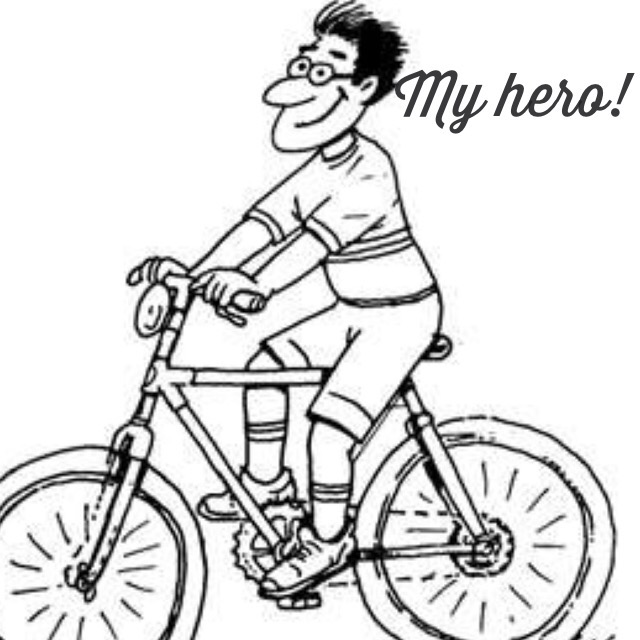 My husband is like no other being I have ever met. He has either the strongest bones in the world, the worst balance, the fastest healing, or the best luck of anyone I have ever met in my life.

During our thirty year marriage he has tripped and done face plants more than I can count without loosing a tooth or breaking a bone, often fallen off his bike without breaking anything, slipped and landed on me without getting hurt (but dislocated my shoulder) and once narrowly missed drowning in the undertow in Brazil during Carnival.

He is always scraped, scuffed, and the cause of more dropped iPhones, silverware, broken glasses, dishes, exploding Gorilla glue and other ancillary items that I have to keep replacing. We are definitely keeping the economy alive.

When I was first introduced to Arthur’s boyhood friends they called him ‘Whitey the Smasher.’ The ‘Whitey’ part I could understand because he had beautiful blond hair, but the ‘Smasher’ part I really couldn’t figure out. The mystery revealed itself soon enough on an expensive Oscar de la Renta gown.

After a few ruined outfits I learned that at weddings and bar mitzvah celebrations I didn’t want to be sitting next to him at the table. It never failed. Whatever he was drinking I would be wearing on my clothes before the evening was over; wine, water, champaign, or coffee. Arthur, that handsome devil of mine, is a spiller, smasher and tripper.

Case in point, several years ago we were at the Friars Club at an event and I had invited Janice Leiberman of the NBC Today Show to join us. I had done several segments for her on Florence Henderson’s morning program and we had become friends. My son and his wife just happened to be in town, also, and I thought she would enjoy meeting everyone.

Janice arrived in a beautiful cream cashmere outfit that was as stunning as she was beautiful. Within an hour my husband had spilled red wine all over her expensive cashmere outfit. She spent the entire evening looking like a Pollock painting. I’m sure if it had been legal she would’ve killed my husband. 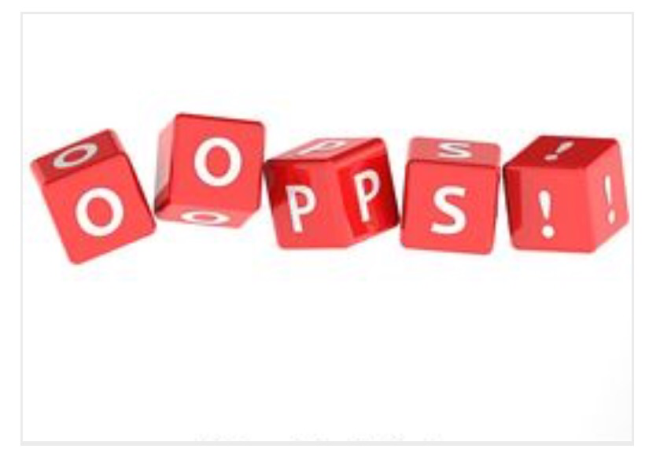 Arthur voluntarily has had brain studies done on him and nothing out of the order shows up. He just physically moves faster than his brain can register. His gray matter is trying to send him a message, but he is too busy to listen. He is a wired Type A personality who at 88 shows no slowing down. So mellow me is used to the ‘oops!’ bangs and crashes and the sound of another dish hitting the floor. It’s just the price I pay for finding a handsome and smart soulmate with a major case of the “Watch out!”-clumsy-dropsies. Hey! None of us are perfect. 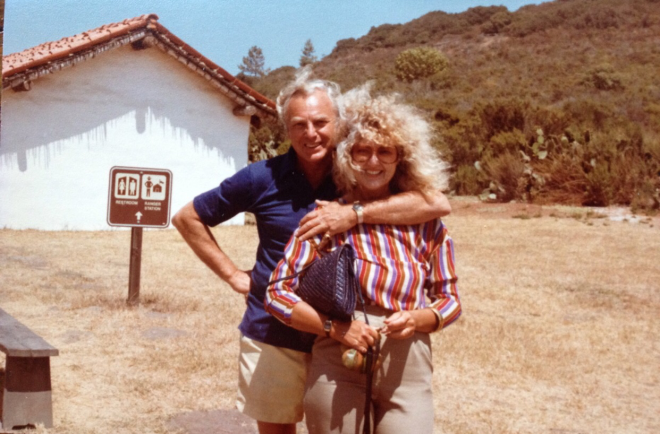 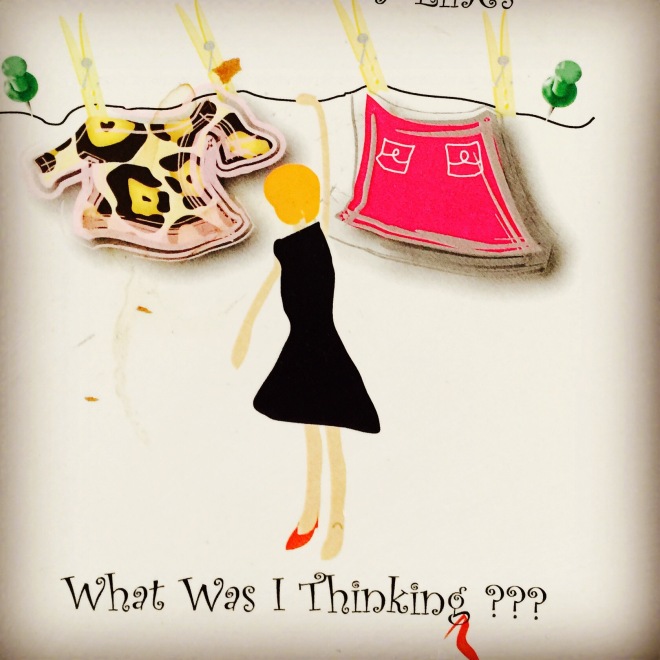